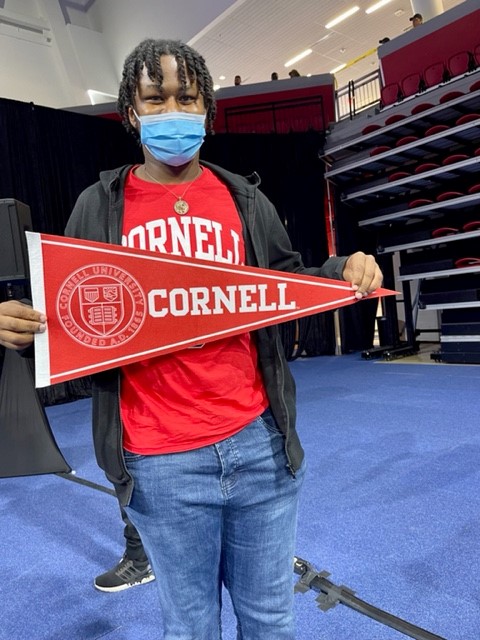 “I was always really excited to be around animals,” Parker Rogers said. “I was really shy around other people socially and kind of introverted, so I really just felt more comfortable being around animals. I just felt connected to animals.”

Parker Rogers, who will be graduating from North Star Academy’s Lincoln Park High School in a few weeks, is headed to Cornell University to study biology. After graduating from the Ivy League university, he hopes to attend veterinary school.

“I hope to come back to Newark and be a veterinarian here in the city,” he said. “It’s nice to see Newark coming back over the last few years and I definitely want to be part of it and contribute to the community.”

Parker Rogers is one of 250 students graduating from North Star Academy’s two high schools in Newark – Lincoln Park and Washington Park. More than 92 percent of the Class of 2022 has been accepted to college, while the rest are pursuing vocational programs as well as the military.