A global initiative to raise money for education nonprofits 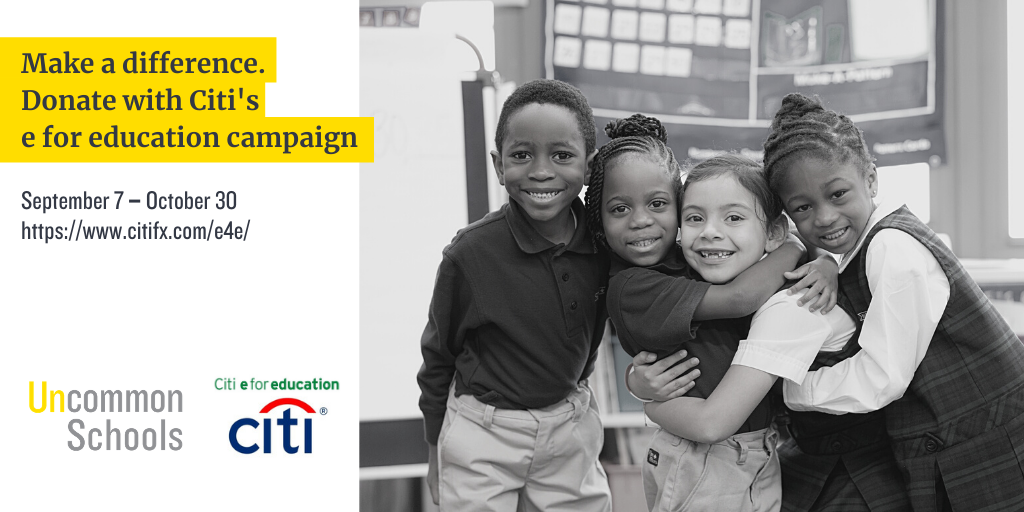 We are thrilled to share that Citi has continued its longstanding commitment to Uncommon Schools by selecting the organization to participate in Citi’s e for education campaign, a global initiative that has raised nearly $40 million for education-focused nonprofits.

Citi has partnered with Uncommon for the last six years—a partnership that’s resulted in donations of more than $5 million to support our 55 schools. With Citi’s support, Uncommon has launched 17 new schools and designed innovative programs that help them flourish, all while growing our student enrollment by 75 percent—from 12,000 to 21,000 students.

This year, the e for education campaign runs from September 7th to October 30th. Learn more about the campaign and how you can support Uncommon Schools by watching the video and clicking here.