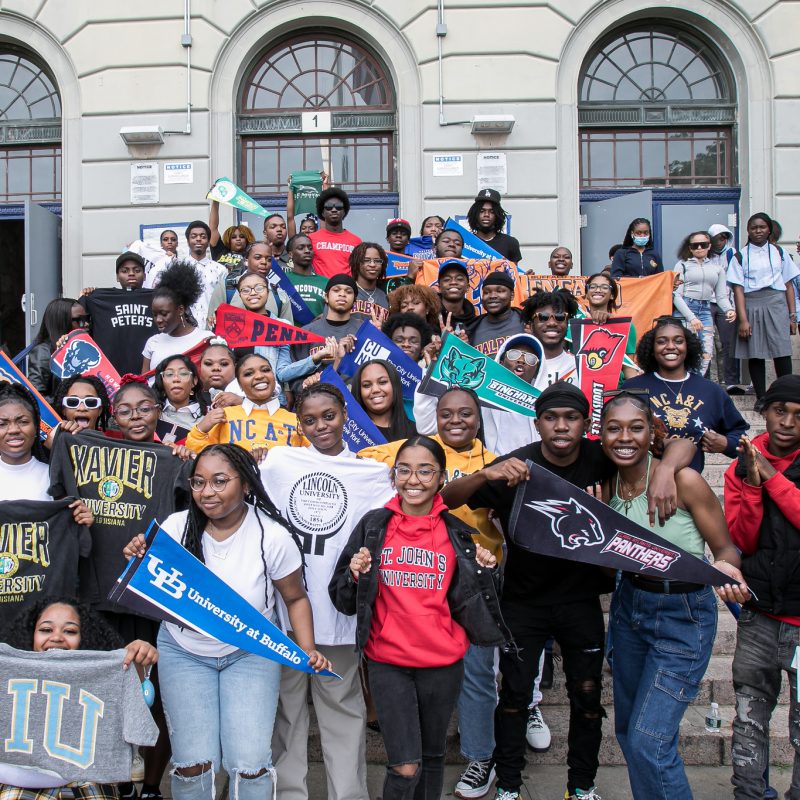 Brooklyn Students Move on To Next Phase of Their Journey

Nearly 450 students from Uncommon Schools’ four high schools in Brooklyn announced their plans to attend college or other programs before an audience of teachers, underclassmen, and their families during uplifting celebrations last week.

The Senior Signing Day celebrations are similar to ceremonies where student-athletes announce what Division 1 college they are attending to play a sport. Except, Uncommon students are celebrated for their academic achievement, rather than their athletic prowess.

Nearly all of the students from the four high schools were accepted into colleges across the United States, including Ivy League universities and Historically Black Colleges and Universities (HBCUs).

Nearly 100% of the students have taken at least one college-level Advanced Placement course and 42% have passed at least one of those tests. Nationally, only 35% of high school students even take an AP class and only 23% pass at least one AP exam, according to the College Board, which administers the exams.