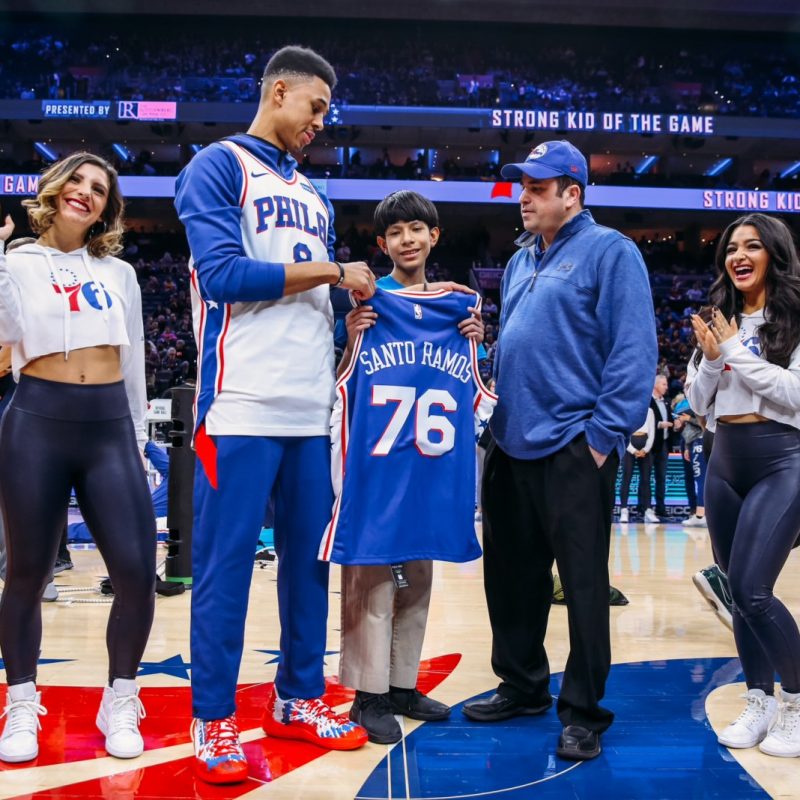 Bryan Santos-Ramos, an 8th grader at Camden Prep Mt. Ephraim Middle School was recognized as the “Strongest Kid of the Game” during the Philadelphia 76ers’ exhibition against the Golden State Warriors on January 28, 2020.

A few years ago, Bryan had a tumor removed from his brain and had to relearn many everyday tasks. This hasn’t set him back though, as he overcomes obstacles to succeed. “He embodies all the school’s core values each and every day,” said the 76ers organization, “and he has overcome challenges that would have prevented anyone from giving up, but he has never let it stop him.”

He’s an inspiration and true leader at Camden Prep.

Dean of Students Seck Barry was also awarded the Community Champion award for “his incredible service to our students and school community.”

Bryan and Seck, along with other Camden Prep students, were hosted by Allison and David Blitzer, managing partners of the team, prior to the game. They saw the athletes warm up and meet the team’s mascot, Franklin.