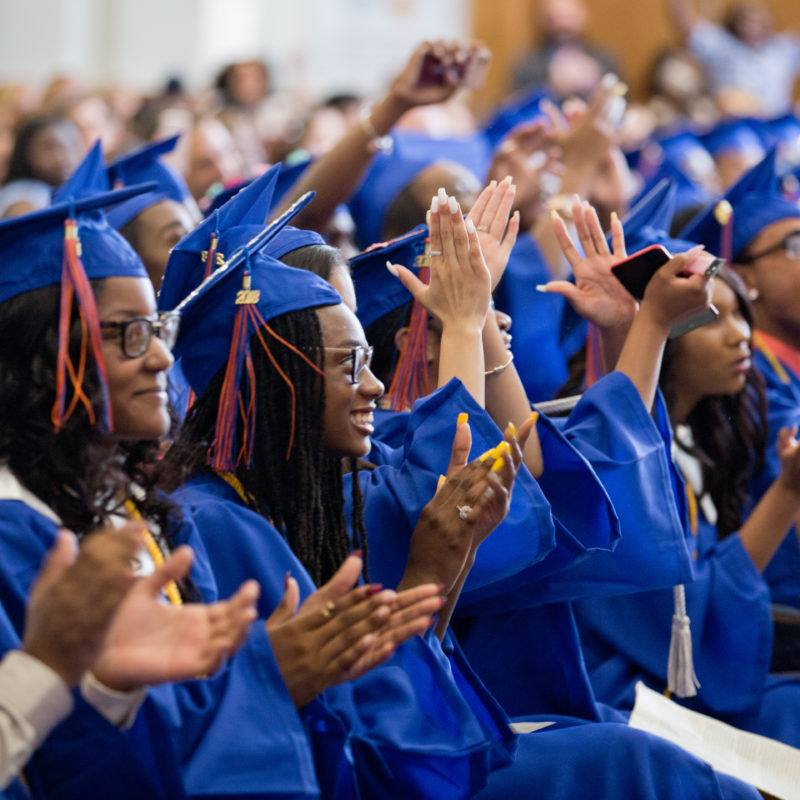 Richard Whitmire highlights the fantastic successes of graduates of the country’s largest charter school networks – including Uncommon Schools – in earning their college degrees.

A fresh look at the college success records at the major charter networks serving low-income students shows alumni earning bachelor’s degrees at rates up to four times as high as the 11 percent rate expected for that student population… Uncommon Schools, predicts its graduates will close the college completion gap with affluent students in the next several years and surpass it a few years after that. “Our mission is to get students to graduate from college, and that has influenced everything we do while we have students in elementary, middle and high school,” said Uncommon CEO Brett Peiser. “We’ve learned a lot about what works in helping students succeed in college, and everyone is focused on that goal.”