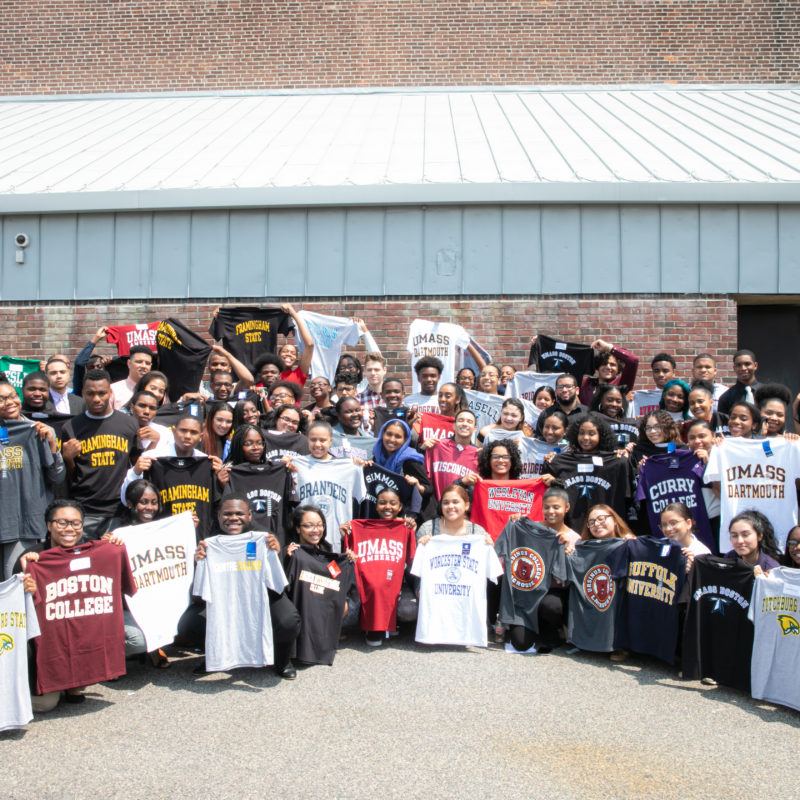 Roxbury Prep High School graduates its first class this year, and 97 percent of our students will be attending a four-year university in the fall. Roxbury Prep HS was founded in 2015 with a small class of 9th graders — founding freshmen who are now the first to graduate.

“It’s quite an emotional experience to know the impact they’ve had on us as educators, on their younger brothers and sisters, but ultimately the ability to believe in a future for themselves of their own design,” Shradha Patel, the school’s founder and principal, told News7 Boston.

“They know that the high school, Roxbury Prep, can get them somewhere because not everyone’s going to one specific college,” said student Benjamin Obianigwe.

Read the full story and watch the video from Senior Signing Day.